We did it!  We have stepped way out of the boat.  After two decades of pastoral ministry, with the last ten years spent in pioneering and pastoring Resound Church, we are launching into a new season.  We received several prophetic directives that we could not ignore, and we knew that we needed to obey God and step out in faith.

For those of you who know me, it will come as no surprise to you that my heart burns for the regions and nations.  I believe that we are in the beginnings of another Great Awakening.

About ten years ago, as I was driving past the stadium in Orlando, I heard the audible voice of the Lord sound from behind me.  It was like the sound of thunder.  The Lord commanded, “Leah, fill the bowls, and I will pour them out.”  It was and still is, terrifying.  I have not taken this word lightly, but have been diligent in pursuing it.

During that same time, I heard a word from a man named Paul Cain, which he originally released in the 1980’s.  He had a vision of stadiums being filled with the life and power of God.  Reporters came wanting to know who was running the event, where night and day prayer and worship was offered, blind people were being restored, dead people were being raised.  The report came back that no man or woman was in charge!  It was a nameless and faceless gathering.  The Holy Spirit was directing, and heaven was manifesting in the earth.  This prophecy has gripped my life. 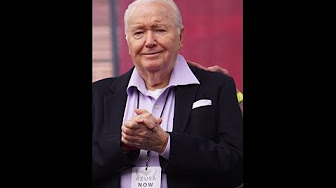 Click the photo to listen to the word from Paul Cain.

Over the years, I have prayed and fasted into this word.  We have gone stadium to stadium, praying into this Word from the Lord.  A few years ago, I finally stepped into what I had been praying into for so long.  I called the stadium in Orlando and asked them to give it to me for an evangelistic event.  And then I did something crazy; I asked them to give it to me for free.  And they did!  It’s a long story, and it played out differently than I expected with many ups and downs, but it was the beginning of the fulfillment to a word that I had carried since the day I heard the command of the Lord in my car.Since then, I have noticed that I havefavoron my life to get stadiums given to me… for free.  The prophecy is breaking in upon us.  Why stadiums?  For the record, I have loved and regarded doing the small stuff:  Small groups, Bible studies, etc.  I don’t have a natural desire to do big events, but we don’t pick our assignments.  So why stadiums?  Because Jesus deserves the nations.

We did our first stadium events in Mexico two years ago, and we know this is just the beginning.  The Rio Grande Valley, the border of Texas and Mexico, has been praying for almost ten years for 1,000,000 souls from both sides of the border to be swept into the Kingdom.  What a great prayer!  What a big prayer!  I was there over the Summer stirring up faith to believe that now is the time… because now is the time! 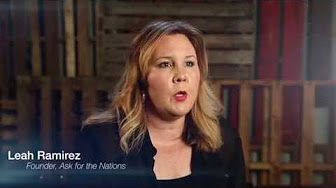 Click the photo to listen to the word for Stadium Christianity

God has given me faith to believe for “Stadium Christianity.”  I’m not talking about an event.  I’m talking about an awakening. This gift of faith in me seems to be transferable.  Please listen to this testimony.  It’s short, but it will ignite you!We have stepped out, believing God will open doors for us to minister across America and in the nations. 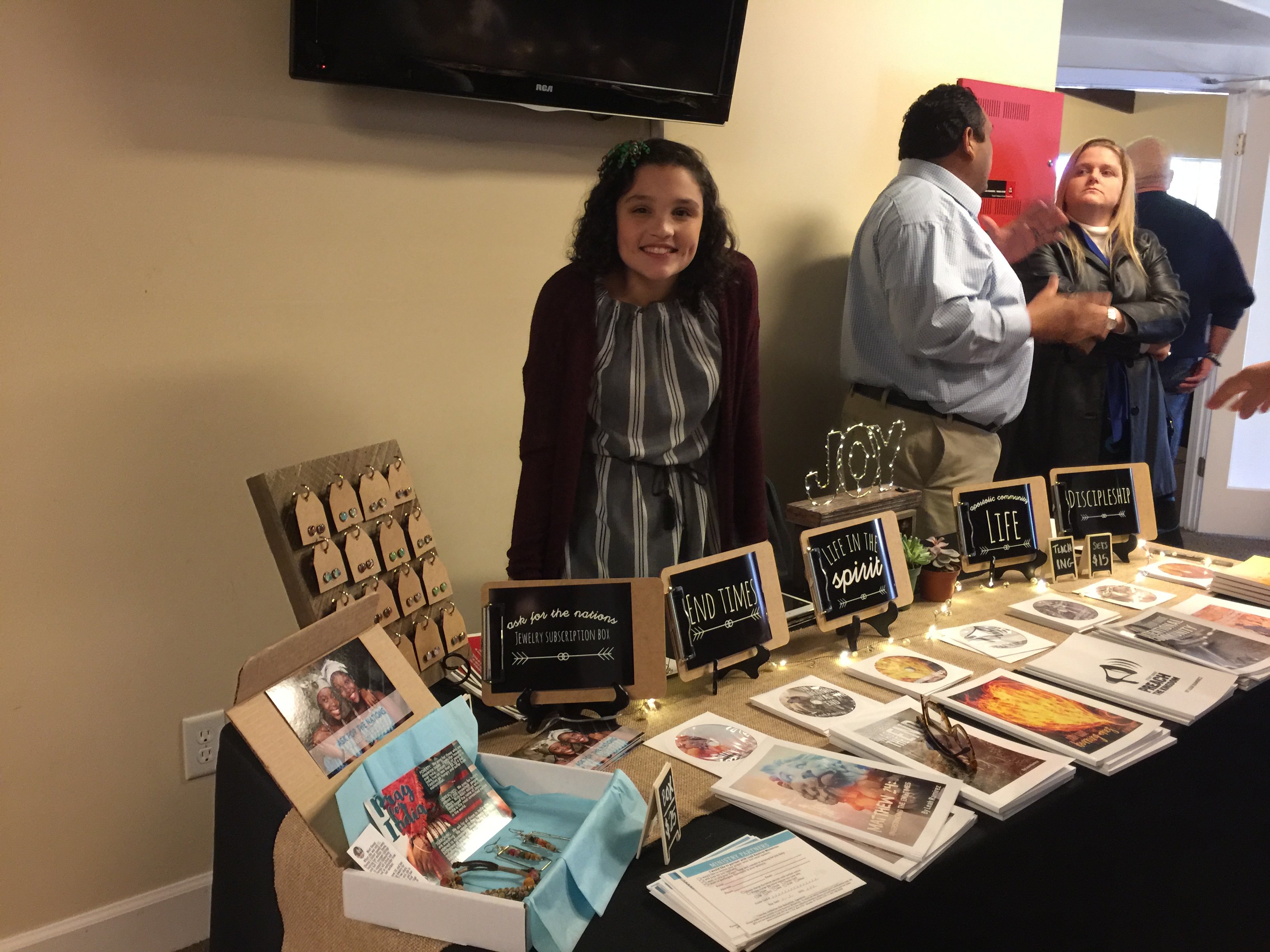 Juniah and Larry working the resource table in Satellite Beach, FL.
I’m so grateful for Ken Malone, a fellow minister, whose counsel and support during this time has been invaluable to our family.  I had the opportunity to speak to Ken’s community and Kingdom Gate Worship Center in Satellite Beach, Florida in early December.  It was a powerful time!  As you can see, the whole family is involved in this transition.  Larry and Juniah are running and working the resource table, and Judah is, well, being Judah.  At least he’s dressed for the occasion. 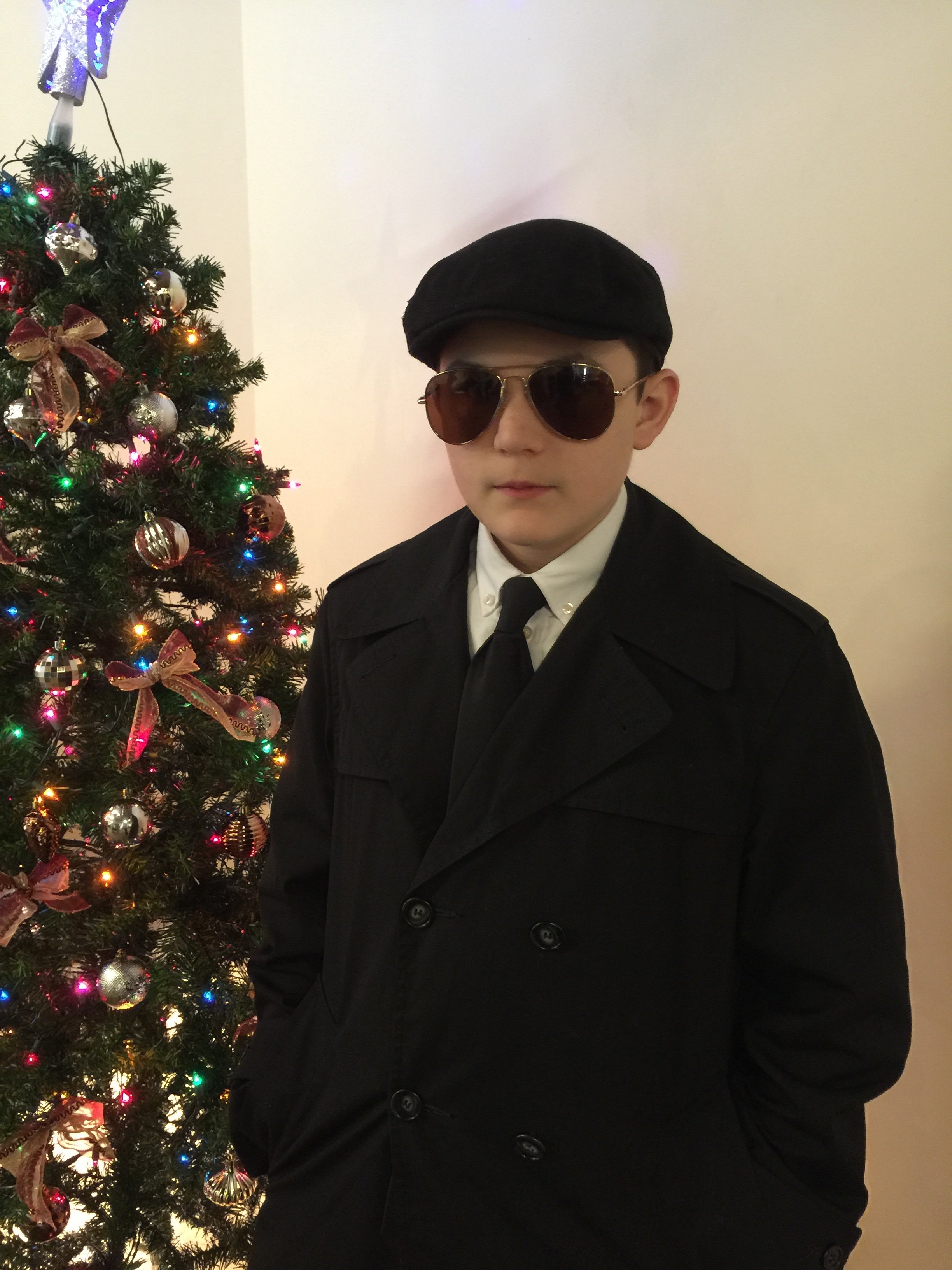 For the next several weeks, I will be holed up working diligently on my first book.  It doesn’t have an official title yet, but it is about regarding the word of the Lord and how to steward prophecy.  Although I am used to writing notes to go along with my sermons, writing without the ability to preach the message alongside is like a whole new medium.  I am feeling my way through it.  I will keep you posted as it comes along, but I’m hoping to have the first draft done by the end of January.  There are pros and cons for how to publish, either going the traditional route or the self-publishing method.  We are praying for which solution is right for this project.I want to thank you for loving us so well!  We stepped out because of a very specific word, and part of the fun (or anxiety, depending on how you look at it) of stepping out is all of the unknowns.  We have been absolutely astounded by your generosity to our family during this transition.  We had no expectations in this, but are eternally grateful for your love and financial support.  It has meant so much to us.  Thank you, thank you, thank you!

We LOVE you.  We are so grateful for you.  We are praying for you!  Thank you for loving us enough to send us into our calling with blessing.